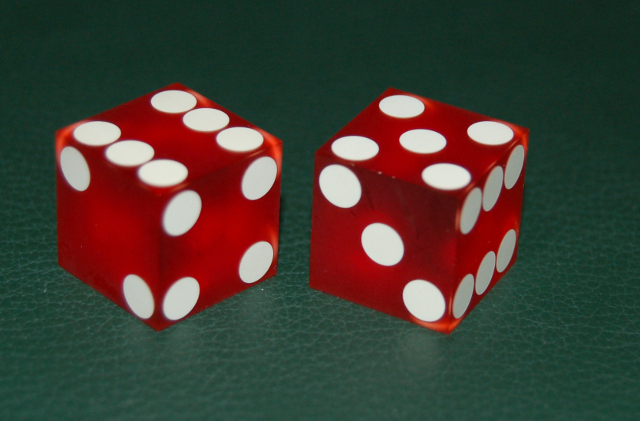 The DJIA fell 54 points to start off the tough month of October for the markets.   Nasdaq was down 11 points but Las Vegas Sands traded up to a new high and MGM came within a few cents of doing the same.

The skepticism around Macau’s strong September reached some very high levels with things like sustainability, quality of the beat, hold, easy comps, and old news being bandied about.   We always wonder about whether anyone remembers what was said before when writing up comments.  If September’s 7.4% GGR rise in Macau was caused by strength in VIP, first off thank you since we said we felt VIP was coming back but more importantly, most of the bears, especially in Asia, have cited continuing declines in VIP as a reason to either SELL or not own Macau gaming stocks.    Easy comps have been known for a while yet there were still negative growth expectations.    The only good thing we can tell you is that as long as there are those criticizing, the likelihood of the stocks crashing will be quite low.  As for VIP and how strong it was, JP Morgan Asia said they believe VIP was up 5% in September, the first rise in 29 months.  Bernstein said they believe mass was up 11%-14% but that VIP was only flat or slightly positive year on year growth.

Guests’ average length of stay remained unchanged from a year earlier at 1.4 nights. The hospitality sector’s average occupancy rate reached 90.3 per cent in August, the highest since February 2014, up by 4.1 percentage points year-on-year.

Fitch Ratings said the low leveraged US gaming supplier sector will need more time to recover following the debt funded consolidation spree over the past two to three years.  Fitch painted a picture of a few suppliers with heavy debt load trying to maneuver through the weak operating environment and intensified competition from smaller participants which shows that it probably would have been better to take out the smaller participants before merging the larger companies together.  That is all water under the bridge now.  Fitch said Aristocrat Leisure is on the brink of earning first tier status, something they probably would argue they deserved a long time ago on a global basis.   While Fitch showed the benefits of the mergers, citing IGT benefiting from the more stable lottery systems business and a dominant position in the Italian gaming market and SGMS having the faster growing instant ticket and table games, some suppliers have strenuous credit profiles now.   They called out SGMS saying their mid to high 7.0x range for leverage could make their refinancing of $3.2 billion in notes difficult upon maturity in 2022.

We forgot to mention yesterday that we reviewed the recent Global Gaming Expo and what we saw and heard in this past weekend’s Gaming Industry Weekly Report.  If you only subscribe to the Gaming Industry Daily Report and would like a copy, just hit reply and ask us for the report.

The $1.4 billion MGM National Harbor will open December 8th right in the shadows of Washington, DC.  The resort will include 308 hotel rooms and suites, 3000 seat entertainment venue, restaurants and bars, an art collection woven through the resort’s public spaces, a two story conservatory, 50,000 square feet of meeting space, spa and salon, 18,000 square feet of retail space and a more than 125,000 square foot casino.

The Seminole Tribe and the State of Florida began their federal trial.   This could be the most important trial in Tribal Gaming history as it seems open and shut that the state of Florida did not negotiate in good faith.  The question we have is whether the federal government sets an example and lets the Seminoles operate without giving the state a dime.   We can’t see that happening but it would send a message next time lawmakers decide a summer vacation is more important than a couple of billion dollars for their taxpayers.

A new Stockton University poll showed what should be obvious right now.  The Northern NJ ballot measure has no chance of passing.   The latest poll had 68% saying they oppose the idea of amending the state constitution to allow two casinos to be built in North Jersey.   74% oppose ending Atlantic City’s casino monopoly which is kind of sad because it means 74% of the people that were polled have no clue about how the casino tax money is never coming back if things stay the way they are.

The Mayor of Rockaway Beach in Missouri claims a billionaire wants to bring a riverboat casino to the town of about 850 residents.   Of course there is one minor technicality and that is they need to get a statewide vote passed that would approve another casino license and this is not the first time the dying town has made noises about wanting a casino but the last time it was defeated with 55.9% voting against expanding the casino licenses.  The Missouri constitution only allows for casinos on the Missouri and Mississippi rivers.

NetEnt has hired Therese Hillman as new CFO.  Hillman is a member of the board of directors at Unibet and has spent the past five years as CEO of Gymgrossisten, a subsidiary of the Qliro Group.