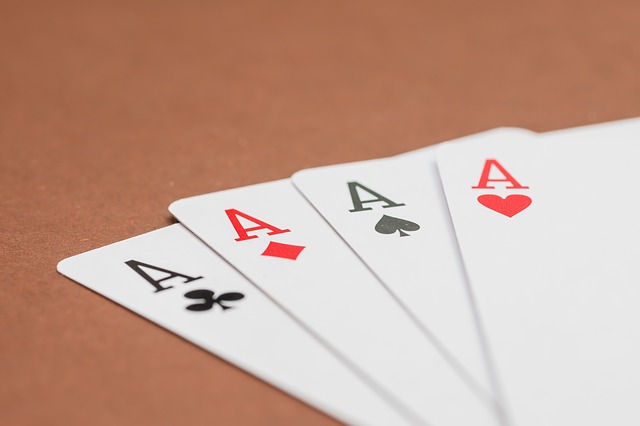 It may be unusual for industries wanting to apply red tape, but gambling operators are urging a judge to keep regulators from doing away with a rule governing controversial card games that have become all the rage at the state’s pari-mutuel facilities.

Gambling operators in West Palm Beach, Jacksonville, Melbourne, Mama and other parts of the state of Florida are challenging the Department of Business and Professional Regulation’s attempt to repeal a rule governing what are known as “designated player games” or “banked card games,” years after regulators first approved the games.

First launched in 2012, the games have become wildly popular among gamblers and are now hosted by nearly every pari-mutuel that operated a cardroom in Florida. The industry maintains that doing away with the rule would put an end to games that bring in $87 million a year.

However, the games are also at the heart of a dispute between the Seminole Tribe and the state. Pari-mutuel operators say that is the main reason gambling regulators changed their minds about the card games after signing off on them.

The games are also at the center of a separate administrative challenge involving complaints files against the gambling operators in December, a month before regulators proposed to do away with the rule.

Lawyer John Lockwood, who represents a half-dozen pari-mutuels, told Administrative Law Judge Gary Early on Tuesday that the department changed its policy regarding the games without going through the proper process.

The agency’s Division of Pari-mutuel Wagering, which oversees gambling in the state, is free to change its interpretation of the statute governing card games, Lockwood said during a brief hearing.

“Our position is the only way they can change that interpretation is through rule-making. And that’s not what they’re doing here,” he said. “Instead of embodying a new rule… they’re relying on a new policy that would prohibit the games previously approved.

Gambling regulators insist that the way the games are being conducted – not the games themselves – violates a state gambling law, which prohibits pari-mutels from acting as the “bank.” Under Florida law, a “banking game” is defined as one “in which the house is a participant in the game, taking on players, paying winners, and collecting from losers or in which the cardroom establishes a bank against which participant play.” Pari-mutel cardrooms are allowed to conduct games in which players compete only against each other.

Testimony at a recent hearing about a complaint involving the Jacksonville Kennel Club, also known as bestbet Jacksonville, revealed that designated players who work for third-party companies sit in front of trays of chips to the players at the table. At the time, Department of Business and Professional Regulation lawyer William Hall said the Jacksonville facility has essentially established a “bank,” even if it does not directly operate it.

However, the judge questioned why the agency officials did not pursue a new regulation if the old one wasn’t working.

“The division had a rule. It appeared to be ineffective from the division’s standpoint. Why wouldn’t the division adopt a rule to resolve the issues that it found to be problematic so that everyone was working off the same standard?” Early said.

Hall said regulators decided they needed some guidance from the courts before proceeding.

After a hearing about changes to rule the governing banked games in December, “the best option we could see that was, let’s pull these rules back, enforce the statute, get a ruling one way or the other on what constitutes a banked game and what doesn’t, and then we go from there,” Hall said.

Department of Business and Professional Regulation Deputy Secretary Jonathan Zacham, who headed the division overseeing gambling when the rule appeal was proposed in January, told The News Service of Florida that the agency is trying to work with the industry in seeking clarification about the games.

The pari-mutuels are accusing regulators of abruptly changing their view of the games after Gov. Rick Scott and the Seminole Tribe singed a proposed $3 billion gambling deal in December. The deal was never approved by the Legislature and never went into effect. The games are also an issue in a lawsuit between the tribe and the state over banked card games. A five-year deal giving the tribe exclusive rights to operate banked games expired last summer, prompting the lawsuit.

The same day that Scott and tribal leaders signed the proposed deal, known as a “compact,” in December, regulators fanned out across the state to observe the games in pari-mutuel facilities, according to testimony in the Jacksonville case in may. The complaints against the pari-mutuels were filed five days later.

“It’s a blatant reversal of policy for mercenary reasons with no regard to the statute or the impacted businesses and employees,” Chris Kise, a lawyer representing Tampa Bay Downs, said after Tuesday’s hearing. “They’re trying to wash their hands of these issues with no consequence or accountability.”

Lockwood also accused gambling regulators of balking on floating a new rule because of the financial impact on the gambling industry, which estimates that the games generate at least $87 million a year. Regulations that have an impact of more than $1 million over a five-year period require authorization from the Legislature.