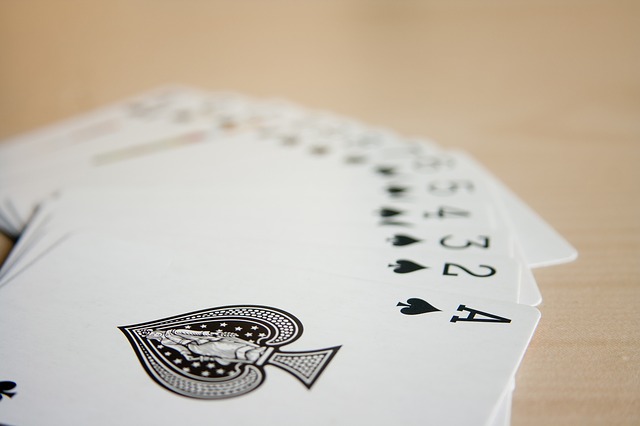 Rules about casino licenses, slot machines and gambling protocols should be left to those with a longtime background in such matters argues state Senator Maria Sachs, D-Delray Beach. Out of the past five years, Sachs has proposed that Florida create a gaming commission for four of them. Each time, her bill just went didn’t make it.

“Something worthwhile in the legislature takes time – a lot of time,” says Sachs, who has served in the Florida House and Senate since 2006. “Gambling didn’t didn’t start overnight in the state. It can’t be changed overnight.”

As gambling expanded around the country in recent years, many have states have established regulatory commissions – something casinos generally support because it brings about more-consistent rules and policy. Currently, several conflicts over gambling rules in Florida are being worked out in the courts – which takes a long time, and involved juries who may not understand the complicated landscape of the gambling industry in the state. A commission, Sachs contends, could be composed of experts on gaming matters, who would work on such issues full-time, and resolve conflicts quickly. She has proposed that such a commission in Florida be composed of five to seven people appointed by the governor and approved by legislature.

Florida has been asking around questions about big-picture gambling issues for decades now, including whether the state should allow hotel-resort casinos and how much the Seminole Tribe of Florida should pay should pay for its monopoly on slots and certain card games outside of South Florida. While the legislature has tried to mold those questions into a long-term comprehensive policy, the state has allowed smaller issued to turn into huge problems.

Currently, the Florida Division of Pari-Mutuel Wagering oversees gambling for the state. The division is part of the Department of Business and Professional Regulation, whose director is selected by the Governor. Since 2011, when Rick Scott took over, the so-called PMW has been inconsistent in following its mandate.

The PMW approved a pari-mutuel license for an operation that wanted to offer gambling on rodeo-style barrel racing – in which two competitors ride as fast as they care around a large barrel and back – in upper Northwest Florida. That pari-mutuel license also give the establishment, Gretna Racing, the option to offer poker. In a court case, Gretna Racing is arguing that they also have the right to allow slots. If the company ends up winning its case, it would pave the way for the other five counties to also offer slots – which could nullify the Seminoles exclusive right to offer slots outside of South Florida. It took the Governor’s interference to get barrel racing through. His former chief of staff Steven MacNamara, essentially fired the director who had denied the barrel racing permit.

The division couldn’t make a decision in the past 12 months on whether to allow pari-mutuels to offer Three-Card Poker, Blackjack, Ultimate Texas Hold’em and other games. The Seminoles currently have an exclusive rights to so-called “banked” card games in Florida but the state, through the PMW, in 2015 declared that the aforementioned games could not be considered to be “poker” and thus could be offered by pari-mutuels. Tracks spent thousands upon thousands of dollars installing special card tables but the Seminoles objected. In December, the PMW backtracked and decided that the games should be, in fact, defined as “banked” and remain exclusive to the Seminoles. This probably means that a new court case is on the way.

“These questions, as difficult as they may be for us in the legislature, should not be left for the courts to decide,” says Sachs.

Two court cases are cited by Florida legislators as reasons for holdups on other policy decisions. For example, the Seminoles’ compact with the state expired last year and a deal to renew it this year, was unsuccessful, partly due to the uncertainty about which way the courts would rule.

Sachs explained, “Some legislators represent constituents who are opposed [to gambling] for moral reasons; others because it competes with local businesses. But we need to get a consensus for the state to move forward. The past gridlock has not been beneficial to anyone. This is why we need a commission..”

Her appeal has received some support, including from House Speaker Steve Crisafulli, R-Merritt Island, who said in December it was time for the state to have such an oversight commission that could focus every day on gaming issues.

Sachs also has a reply for those who are against adding more government.

“I wouldn’t have said this last year, but this makes government more efficient, more streamlined,” she says. “I love the people we have, but gaming is a tough business and it should be handled by those who know the business. That’s the model other states use.”

“I think there are two things we need to do,” Sachs says. “First we need to recognize that we’re a gambling state. We have gambling, and we need to step up and do it in a professional way. Then we need to be professional about it. You need a system to administer, enforce and regulate it.”

Sachs says “The important thing is to have a professionally run commission to make sure not only the people are safeguarded, but also those who game and those in the business of gaming. Let’s get it out of the hands of politicians and into the hands of professionals.”