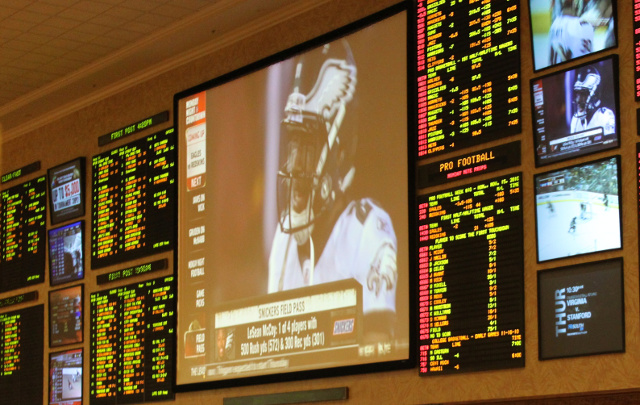 Legalizing sports betting across America would create the world’s largest regulated betting market with annual gross gaming revenues of $11.9 billion, according to a new report from Gambling Compliance.

To put that into perspective, Nevada, the only state that offers full-scale legal sports betting generates annual gross gaming revenues of under $300 million.

The nationwide market in the US would be overshadowed by the UK, which is currently the largest market in the world. The UK generates $2.8 billion annually, but California alone would bring in $1.3 billion, and New York another $900 million.

PASPA sought to define the legal status of sports betting, as opposed to pari-mutuel horse and dog-racing. Exemptions were made for the four states that had already passed laws declaring sports betting to be legal.

But while a limited amount of betting is found in Delaware racetracks, Oregon and Montana chose not to license sports books.

PASPA left a 12-month window open allowing any state that had established regulated casino gaming in the previous decade to pass laws regulating sports betting too. This was essentially a carve-out for New Jersey, which chose to pass on the offer.

The state, now desperate to legalize sports betting at its casinos. has been challenging PASPA for years. Just last month an appellate federal court struck down the state’s ambitions for the third time since 2013.

However, there are other states, especially New York, whose Assemblyman Gary Pretlow last month declared the law to be “unfair” and said he is interested om mounting a challenge.

However, a major impediment to repealing PASPA remains the sports leagues themselves, who have continually fought New Jersey’s ambitions in the courts.

Over the past couple of years there have been signs that the league’s anti-sports betting stance could be softening. THE NBA and MLB, in particular, have expressed an openness to the idea of having a relationship with legalized gambling.

“US policymakers, casino groups and sports leagues have all begun to consider what a regulated sports-betting market would look like without the PASPA prohibition,” says Gambling Compliance’s managing director, James Kilsby. “States are already moving rapidly to regulate daily fantasy sports, but sports betting represents a far larger and more lucrative opportunity.”