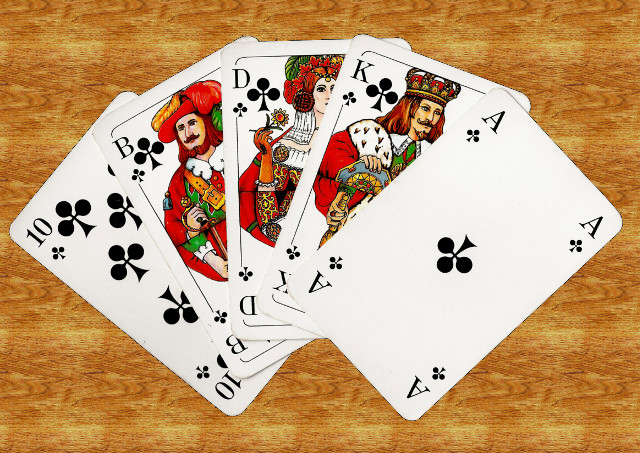 While seven-card stud and Texas Hold’em are the most popular but there is another. which aren’t that well known. Some casinos will offer it but Omaha Poker is still rare. Omaha Poker does provide some entertainment and some players will even abandon the traditional games in order to play it exclusively.

Omaha Poker is gaining popularity but it is definitely not a game for beginners. It is very similar to Texas Hold’em but instead of two face-down cards, players receive four face-down cards. There are still five community cards. Players must use two of their personal cards and three community cards to make the best possible hand. The amount of face-down cards actually increases your chances of getting a better hand and wilder betting. Every hand may seem to have potential before you fail but the possibility for a high ranking hand is better. The number of five-card hands increases as the number of cards increases.

This table will provide you with a small example:

Good players will often see the flop on half of the hands. Strong flushes and full houses are usually dominating this game and the pot. Omaha poker might be fun but it is a major risk for beginners. It would be wise to practice and improve your skills on Texas Hold’em before you attempt to play this game.

There are currently three variations of Omaha poker and they will be explained in the table below: