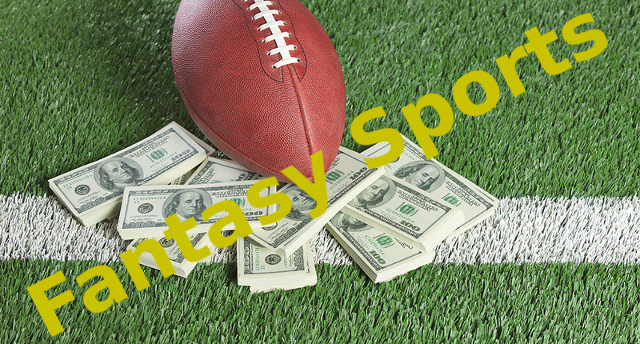 “We believe in improving the lives of New Yorkers, an part of that mission is to repeal the state’s predatory gambling policies, and litigation is part of that effort,” said Les Bernal, national director of the Washington, D.C.-based Stop Predatory Gambling.

Critics of the new law, signed by gov. Andrew M. Cuomo two weeks ago, say the Legislature needed to go through a lengthy constitutional amendment process to legalize a new form of gambling. Instead, the bill’s sponsors relied on a statutory change that declared the fantasy sports contents to be “games of skill” instead of illegal games of chance.

The state Gaming Commission is now examining applications filed by six fantasy sports companies, including industry giants DraftKings and FanDuel, to allow them to reopen in the state on a temporary basis until the agency finalizes new regulations for the companies.

“We are definitely advanced in this process,” he said. “But we’re not in a position to say when it will be filed. But anyone investigating in these business should really keep their hands in their pockets for the near future.

Hundreds of thousands of fantasy sports players in state have been anxious to get the contests restarted, especially before the beginning of the National Football League season,the busiest period for the games.

There has been quiet talk of other possibly suing the sate to block the fantasy sports law. Some casino companies opposed the bill that passed in June. There has also been some talk whether the contests will violate gambling exclusivity agreements that several Indian tribes, including the Seneca Nation of Indians, have signed with the Cuomo administration.

Where the money to fund the litigation by the national anti-gambling group would come from is not certain, but Bernal said his group would not partner, directly or indirectly, with any casino companies that also opposed the June legislation.

Bernal pointed to a May Siena College poll that found 45% of New Yorkers opposed daily fantasy sports and 37% supported it.

Word of the potential lawsuit on the fantasy sports games comes several days after a top legal experts on sports gambling told a panel of lawyers that New York State may have opened itself up to a legal challenge by the manner in which it chose to legalize the fantasy sports contests.

“I think it’s all going to rise and fall if there’s a challenge under the state constitution,” Daniel Wallach, a Florida, attorney, told a group of gambling industry lawyers and executives at a conference last week in Saratoga Springs.

With the sponsor of the fantasy sports bill sitting on the panel with him, Wallach said if backers of the bill wanted “to play bu the rules and by the book,” legalization of fantasy sports in the state would have gone through a constitutional amendment process.

The state’s constitution forbids gambling, especially those granted exemptions, such as wagering on horse races, charitable contests and a limited number of commercial casinos. In June, lawmakers instead amended a state law to declare that fantasy sports contests are “games of skill” and not illegal “games of change,” instead of going through the longer process of amending the constitution. That process requires passages by two successive legislatures in Albany followed by a statewide voter referendum. That was the procedure officials took with the 2013 referendum approving up to 7 casinos statewide.

Wallach noted that Attorney General Eric T. Schneiderman is already on record declaring that fantasy sports contests violate both the constitution and several sections of the penal law.
Following the recent approval by Cuomo of the fantasy sports legislation, Schneiderman said he would uphold that new law.

Wallach, who said he favors legalization of contests, warned that constitutional challenge to the new law could set back the industry’s presence in New York by at least a couple years.

Sen. john Boncic, the chairman of the Senate’s racing and wagering committee who sponsored the fantasy sports bill, said the new law was carefully crafted to withstand a legal challenge, He said that representatives of the Legislature and fantasy sports companies were meeting “every step of the way” during the battle over whether and how to legalize the contests at the end of the session in July.

“They were satisfied that what we were doing would meet the constitutional challenge,” Bonacic said of the industry.

The Republican senator added that New Yorkers have expressed their support for more gambling in the state.

“That’s why I don’t fear a constitutional challenge,” he said. “it could happen, but I’m feeling comfortable it will survive.”