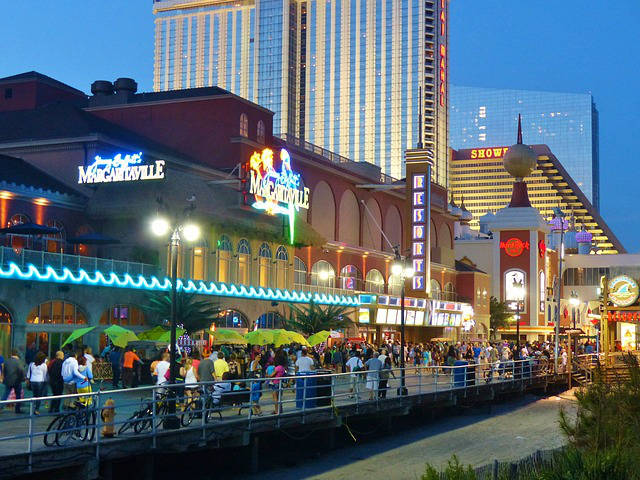 Atlantic City casinos might have finally weathered the storm and begun to stabilize the gambling industry for the eight remaining resorts. After ten years of declining revenues due to America’s Great Recession and neighboring states pushing gambling legislation in response to abating tax bases, Atlantic City has seemed to reach a new norm.

Less than two years after one-fourth of its casinos closed down, revenues for Atlantic City decreased only marginally in march. The region’s casino win totaled $187,463,591 for a 1.7% loss, though when Internet gambling is included Atlantic City fell by just 0.4 percent.

Traditional table gaming was the worst performer in March as casinos reported a 5.9% drop on supposedly higher win rates. The decline was offset by Internet gaming, which rose by a spectacular 17.8% during the month.

Recovery after taking a beating

Even though the local government in Atlantic City is broke and currently engaged in a debate with Governor Chris Christie (R) and State Senate President Stephen Sweeney (D) over who is to manage the city’s recovery, 2016 is off to a solid start for the casinos.

Gambling wins in the first three months collectively totaled $597 million for the eight resorts, that’s a 3.1% increase compared to the first quarter of 2015. Considering Atlantic City hasn’t posted an increase for a fiscal year since 2006, the change in direction is a vital sign finally worth celebrating.

The close of the Atlantic Club, Showboat, Revel and Trump Plaza cause 8,000 locals to be retrenched. The drastic reduction in tax income from unemployed individuals and resorts whose property values plummeted put Republican Mayor Don Guardian’s administration on damage control, but according to Christie, the mayor didn’t take adequate steps to reign in spending.

New Jersey legalized online gambling back in late 2013, but the market has only just now started to pay substantial dividends and truly assists the overall casino industry. In 2014 and 2015, Internet Gambling respectively accounted for 4.48 and 5.81% of the total casino win in Atlantic City.

Those numbers are expected to rise considerably over the next several years, and already looks promising for 2016. In February, online gambling represented 7.2 percent of gambling revenue in New Jersey, and in March, the upward trend continued as online platforms accounted for 7.8 percent.

In its heyday back in 2009, Atlantic City generated $5.2 billion but only $2.56 billion in 2015, nine years later. With brick-and-mortar casinos now located in Pennsylvania, Maryland, New York, Delaware, and Massachusetts, even the most ambitious and optimistic prospects can’t expect the region to return to levels a decade ago.

Online gambling, which could provide as much as 10% revenue boost in 2016, is helping to change the pattern in Atlantic City. If the Third Circuit Court of Appeals rule that New Jersey can offer sports betting, the state’s casinos would once again have an upper hand on its competition, especially when digital gambling is included.