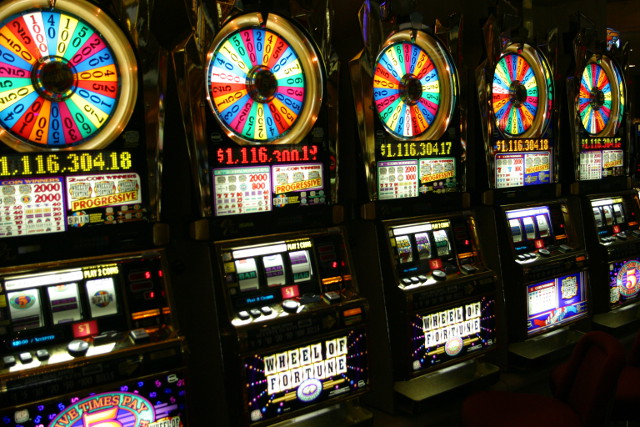 From a $1 scratch card for the lottery to a $10,000 bet at a casino, the gambling industry is never too big.

The lure of gambling, of course, is winning big. It’s a dream people share, to win big without spending a lot.

However, those betting at the state’s four casinos, seven racinos at horse-race tracks, and the Ohio Lottery have lost $9.7 billion in the last four years, according to a Dispatch analysis.

Gamblers’ losses have a silver lining, though, because much of the money provides a financial boost to Ohio schools, cities, and counties.

The lottery sent more than $1 billion this year alone to public education.

Casino proceeds are taxed at a 33% rate, which brought in $1 billion for four host cities, scjools, and municipalities and counties statewide in four years. The city of Columbus alone receives more than $2.5 million quarterly from casino cash.

State Sen. Bill Seiz (R., Cincinnati) said he supported adding casinos and racinos to Ohio’s gambling portfolio in part because of the “outflow of money” to casinos in surrounding states, particularly Indiana.

“Call it a necessary vil,” Mr. Seitz said. “We recognize it’s got its downsides.”

Critics say the gambling surge in Ohio has pt a strain on individuals, families and communities.

While the winning percentage at casinos is very high – up to 90% of the money bet on slots – losses add up when so much money exchanges hands.

An updated study done for the Ohio Department of Mental Health & Addiction Services this year concluded that 4.7% of Ohio adults are at risk of becoming problem gamblers. That works out to more than 400,000 people.

The percentage of people who become gambling addicts is way small, however, less than 1 percent.

“Gambling and good government don’t mix,” said Rob Walgate of the Ohio Business Roundtable, a public group that lost the battle of the expansion of gambling to the seven racinos.

One kind is gamblers who lose money they obviously can’t afford to throw down the drain. The second kind is state officials who only care about the revenue produced by legalized gambling.,

“There are certain people who can keep it under control. They go out and buy a Powerball ticket and it doesn’t affect their family,” Mr. Smith said. “Then there are people who gamble on everything, buying 10 or 20 tickets at a time. Those are the people who can’t afford it.”

Mr. Seitz point out, “We do earmark a portion of the proceeds for those who have a problem with gambling.”

Ohio officials set aside 2 percent of the casino proceeds for a fund that totaled $21 million in the past few years. The money is used for treatment, training, and public education.

The National Council on Problem gambling describes “problem gambling” as “the urge to gamble, despite harmful negative consequences or a desire to stop.”