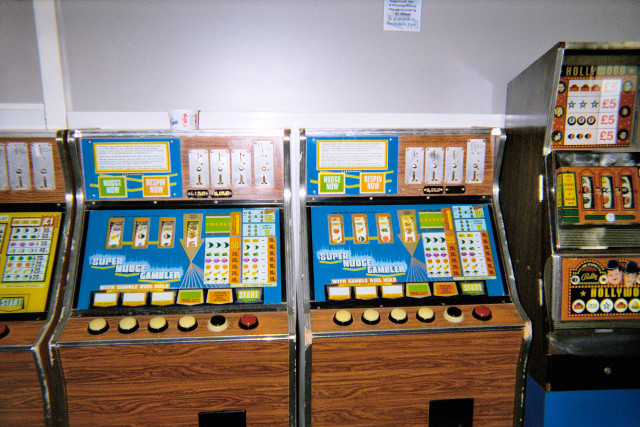 Triple play poker allows players to play three hands at once. The bets are 5 coins per hand, so your maximum per game is 15 coins. In the game, one of your three hands are face-up while the other two is face-down. The face-down hands will also contain the five cards just as your face-up hand. As you choose each card to hold in you face-up hand, the exact same cards appear in the two other hands. When you draw, you will draw to all three hands at once. The draw card for each hand comes from a separate, independent decks. Each hand is paid off according to its results. There is no need to change your strategy because the only difference is that you play with three times your normal rate. In Triple Play Jack or Better, a pair of queens is still aid out higher than a three-card royal. Whether you play the hands consecutively or at the same time, the expected return would remain the same.

So should you play this game?

If you look at the mathematics, then yes. You do have n advantage so you should use it to your benefit. The long-term percentage on this game is pretty high and three hands would surely bring you closer to that long-term. Your bankroll might not be able to handle three times the risk per hour. If you increase your risk, you make the game more volatile. Your luck on this game would either be extremely good or extremely bad. A sudden change in luck can cost your dearly. Always know your bankroll and determine a level of safety for yourself.

Deuces Wild is pretty exciting because all of the wild cards makes it easier to get big hands. Players like the fact that they an hit a sizable mini-jackpot by hitting four deuces. On average, the mini-jackpot only occurs every 4 900 hands. The game i more volatile than Jacks or Better. The main problem is, if you would love to play a full-play version of this game, they only offer it in Nevada.

The pay table has been changed in many ways and it has led to a variety of payback percentages. A reduction on the four of kind is a typical alternation but it is pretty unfavorable. Your payout rate drops.

There is some good news though. Some manufacturers increase the payouts on other hands so that players can receive a bit more. This is sometimes not enough and players tend to lose more this way. Four f a kind is a lot more common than your full house or flushes. In a short conclusion, it would be better to find an original machine .

Joker Wild machines will insert a joker into the deck. So you will have a 53 card deck instead of 52. The game had a huge success in Nevada but it has become a bit of a problem. The original full-pay machines are very scarce. It demands a complex  strategy and the game itself is pretty volatile. This game does have a lot of shortcomings such as the payout rate and the Joker games that pay out on a two pair but not a pair of kings. Even with all of these problems, the game is popular in New Jersey and Atlantic City. There is one variation of this game that might help you to win more.

Double Jokers use two jokers is a 54-card deck and it returns almost 99.97% with perfect strategy. This payout rate is better than the previous which is 96.38%. The only major danger of this game, is its volatility. Nearly 2/3 of your hands will get you nothing. Even with all of its problems, this game is very popular on the East Coast.