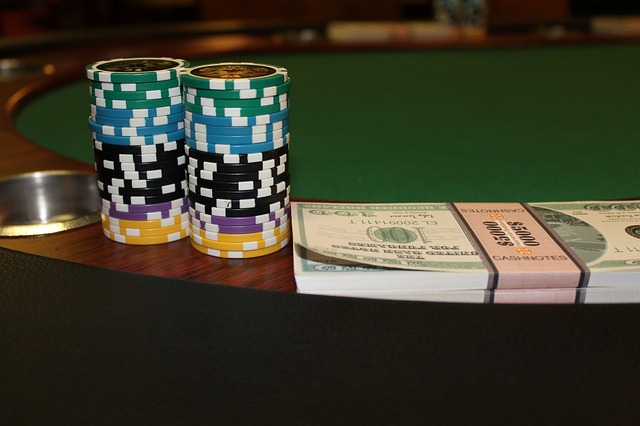 When we usually think about gambling, we picture someone sitting in a high-end casino playing the slot machines. We automatically assume luck plays an important role in how much we win or lose.

Per definition gambling is a game of risk and luck. If that is the case, just how do professional gamblers make a business and casinos make millions of dollars each year?

The truth is, it is all about statistics and numbers. In the 1650s, a Frenchman by the name of Chevalier de Mere noticed he had better chances in some games than others. It prompted him to present the problem to two of the best mathematicians of his time: Blaise Pascal and Pierre de Fermat. They confirmed his suspicion and for the first time in human history, someone calculated the odds of a simple game.

There are lots of odds and numbers to consider but casino odds can be summarized in two basic odds.

The House edge is in essence the pay-out percentage from the casino’s point of view.

In the above example, it would be 2.7%. For roulette, there are no variables and it’s easy to calculate, making it quite certain that a roulette table will bring 2.7% of all the money played on it as profit to the casino. It makes no difference if it is a five thousand or twenty million dollars.

Roulette is a fixed-odds game meaning there is nothing you can do to change the odds but there are games like craps where the betting range can have an effect on the house edge, sometimes reducing it to zero.

Professional players can calculate the amount of money they can expect to win or lose in the long run, the expected value (EV). For European roulette and betting on a single number, you can calculate it as below:

Which translates into the player losing 2.7% (house edge). The EV is always a value between -1 and 1, meaning you can either win everything (-1) or lose everything (+1). The more odds there are to calculate the more complicated the formula gets.

These calculations are relevant for professional gamblers because they play over a longer period. At the end of the day the casual player does have to depend on luck to be more on the pay-out side than the house edge side.

If you want to have a little control over the matter, casinos usually publish their pay-out percentages. If the numbers are not verified by an independent source, it could be that the casino is using fake percentages in order lure unsuspecting players.